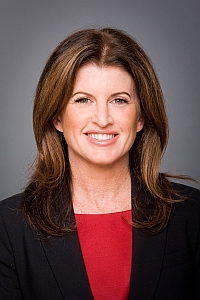 Rona Ambrose, leader of the Conservative Party of Canada

“Ms. Savchenko was captured by Russian forces in Eastern Ukraine in 2014 and illegally transported into Russia where she has been held captive as a prisoner of war for twenty months in contravention of international law and the Minsk agreements.  The charges against her are clearly trumped up. She desperately needs medical attention, and Russia is ultimately responsible for her health and safety.

“All efforts of the international community to advocate for the release of Ms. Savchenko have been unsuccessful to this point.  Ms. Savchenko has restarted a hunger strike, starving herself of any food and water, in protest of her inability to deliver a statement in her own defence at the conclusion of her trial in Moscow.

“This show trial is based on fabricated charges and demonstrates the Russian regime’s contempt for due process and human rights.

“The Conservative Party of Canada calls on the Russian Federation to end this show trial and free Lt. Savchenko, the Ukrainian Pilot, immediately.  In addition, we will continue to hold the Russian regime to account and we call on the Government of Canada to increase pressure on Russia for this abuse of international law.”