Home » Arts & Literature » 6 Down-and-Dirty Types Of Men To Spring Clean From Your Life And 3 Tips To keep Them Gone For Good! – With Author and Relationship/Dating Coach Shannon Colleary 6 Down-and-Dirty Types Of Men To Spring Clean From Your Life And 3 Tips To keep Them Gone For Good! – With Author and Relationship/Dating Coach Shannon Colleary

6 Down-and-Dirty Types Of Men To Spring Clean From Your Life And 3 Tips To keep Them Gone For Good!

Los Angeles, CA, March 6, 2017 – Shannon Colleary is an author, sexpert, and Relationship/Dating Coach who lives in Los Angeles with her screenwriter husband and two daughters. She began in Los Angeles as a Wacktress (waiter/actress), starring most notably in music videos with Slash and Babyface (when he was a baby). She also did a classic turn in a cereal commercial where she talked to a parrot who thought her hair was his nest.

Colleary spent 10 years in two long-term relationships where she volunteered for unwarranted criticism, inconsistency, lack of commitment and infidelity with Mister Cruelly Handsome and The Greek God, before finally turning it around and becoming a self-described Recovery Road Warrior. Then she became a blissfully married, pregnant playwright and screenwriter working, between bites of pizza, for Warner Brothers, Lifetime Television, TBS and Disney. (She quit her waitressing job after selling her first screenplay to Warner Brothers for six figures.) One of her favorite gigs was a production rewrite on a film shot in Cape Town, South Africa. 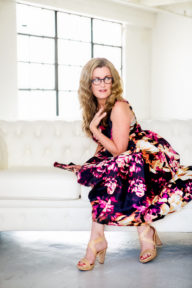 Ultimately, Colleary evolved into a memoirist and blogger. Since then, she has been syndicated by “O” The Oprah Magazine, The Huffington Post, Medium, Purple Clover, London’s Daily MailOnline, BlogHer and more, and her work has been featured on The Today Show, NPR, CNN and HuffPo Live. Colleary’s three well-reviewed memoirs are Married Sex: Fact and Fiction, Smash, Crash and Burn: Tales from the Edge of Celebrity, and Into the Child, which received a Kirkus star. Her newest self-help book She Dated the #Asshats but Married the Good Guy: How to go from Toxic Love to Real Love in 12 Exercises was released on Valentine’s Day 2017. 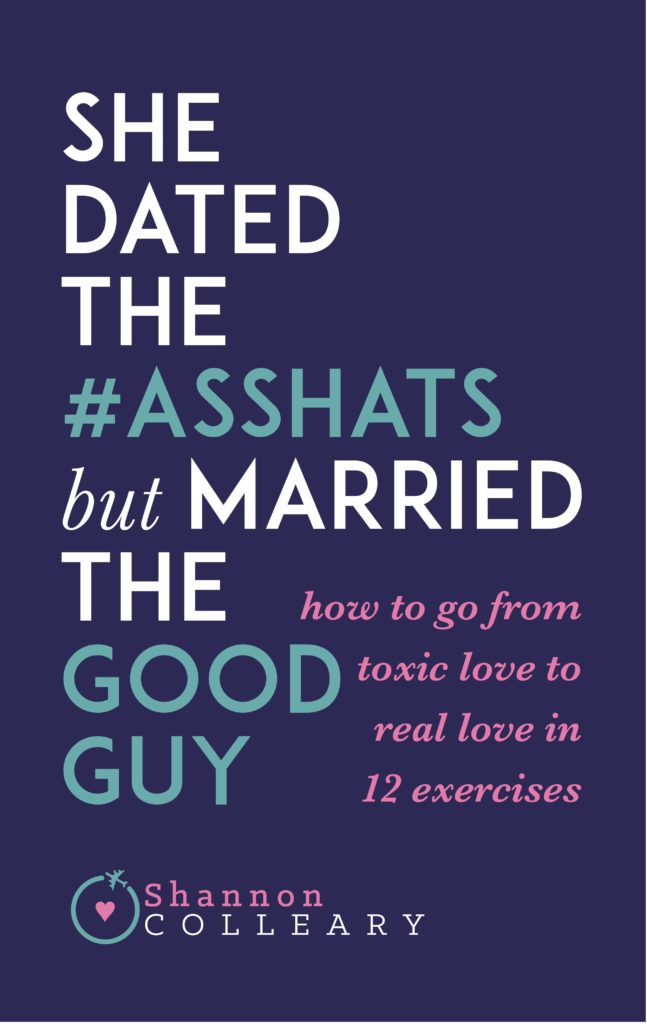 1. Mr Need For Speed. This is the guy who sees you across a crowded room and it’s Love At First Sight. But, as soon as you’re convinced he’s a good bet and you decide to invest in the relationship, he freaks, ices you out and runs as fast as he can, leaving you dazed and confused.

2. Mr Mopes A Lot. This is the guy who resists doing anything for you or the relationship. He especially doesn’t want to get to know your friends, family or anyone who truly loves you because he actually knows he’s not treating you well and realizes they will sense it.

3. Mr One-Way Street. He has needs, but you can’t have any. For instance, he asks favors: Can you pick up his laundry? Can you do his laundry? Can you type up a report for him at the last minute even though you need to get to work? But, if you ask him to just be on time for a date he acts like you’re asking him to drywall your entire apartment.

4. Mr You Suck. Once this guy knows he’s got you hooked, he slowly but surely begins a campaign of criticism. It may begin with teasing. Then it escalates to full-blown character assassination, “You’re too needy or neurotic.” “You’re paranoid if you think I’m cheating.” Guys like this want control. They want you to fill their emotional and sexual needs while making you feel so inadequate that you don’t feel entitled to have any needs at all.

5. Mr Caution/Continue at Your Own Risk. This is the guy who wears his dysfunction on his sleeve. He tells you right up front that he had a terrible childhood he barely survived. For many women this guy is catnip. The love of a good woman could heal him and turn him into a loving, appreciative man! Danger, danger!

6. Mr KGB Agent. Don’t ask this guy too much or he may have to kill you. He doesn’t want you anywhere near his phone, tablet, or computer. He says if you could just trust him and give him his privacy, then eventually he will trust you and give you more access. (Many women wait patiently like little Cocker Spaniels for that access for years… and it never comes.)

If you are dating any of these men, it’s time to take action, pick up a broom, and sweep them out of your life for good!

1. Identify your self-defeating traits that have kept you from leaving:

a. Overabundance of empathy
b. Misplaced responsibility
c. Rescuing
d. People-pleasing
e. Abandonment of ‘self’ due to love/sex addictions

2. Establish a ‘mental health village’ focused on your needs:

a. A higher power of one’s own understanding
b. A community of similarly-circumstanced women
c. One-on-one coaching

3. Implement actionable steps to empower yourself to receive Real Love. For example:

a. Create ‘your perfect mate’ list—what qualities and values you desire most
b. Find a role model – quiz a couple whose relationship you admire about the secrets to their success
c. Salvage yourself – start recording the amount of time you spend drowning in codependency (i.e. minutes you spend stalking your Lothario online, time spent driving to his place to see if his car is there, time spent mentally obsessing), and then carve out equal time increments for self-care (i.e. go to the gym, yoga class, out to lunch or the beach with your girlfriends)

1
Share
1
2017-03-14
+Monika Spolia
Previous: Jimmy Yu to be the Conservative Party of Canada candidate in Saint-Laurent
Next: Peter, The Popes and Mary: Explains Among Other Things Why Catholicism Is Not Considered A Form Of Christianity