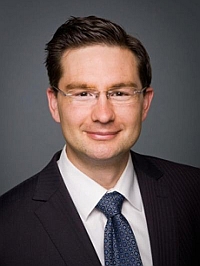 September 4, 2017, Ottawa, ON – Conservative Finance Shadow Minister, the Honourable Pierre Poilievre, today wrote to the Chair of the House of Commons Finance Committee requesting that the committee be reconvened to hear from Canadians who have concerns with Prime Minister Justin Trudeau’s most recent local business tax hike.

“Conservatives believe taxes should be lower for Canadians: for families, and local businesses. This is the core of a Conservative vision to create prosperity and opportunity for all Canadians,” said Poilievre. “The backlash against this tax increase has been immense. Associations representing farmers, plumbers, doctors, local business and others have condemned it, and several Liberal Members of Parliament are warning the Prime Minister that this tax hike adversely impacts middle class Canadians.”

Also read – Jimmy Yu to be the Conservative Party of Canada candidate in Saint-Laurent.

“Specifically, Canadians are concerned that these changes will reduce the number of accessible family doctors. When governments make it more expensive to operate a business, local businesses either cut jobs or close altogether. This is no different for family doctors who have clinics all over the country.”

Consultations on Justin Trudeau’s local business tax hike conclude on October 2, 2017, and Parliament is set to resume on September 19, 2017. The Prime Minister has only allowed two months of discussions about “very complex material—some of the most complex and pervasive we have ever seen,” according to one expert.

“The Finance Committee will only resume its work less than two weeks before the consultation cut-off, making it impossible to even produce a report by the deadline. Neglecting to hear from representatives of millions of affected taxpayers would be an abdication of the committee’s responsibility.”