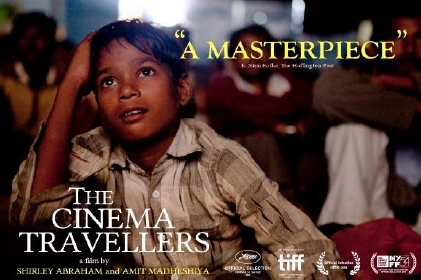 ‘The Cinema Travellers’, the debute Bollywood movie presented by Kabir Centre, Montreal on October 27, 2917 as part of the South-Asian Film Festival 2017. The movie was shown at the Theater in Concordia University. Mr. T. K. Raghunathan, president of Kabir Cultural Centre, was also the main organizer.

Click here for the full schedule for SAFM – South-Asian Film Festival days and the movies which take place from October 27th to November 5th, 2017.

Watch the clip below to listen to the the comments passed on the movie and the aftermath. Dipti Verma facilitated the comments.

2017-10-30
+Monika Spolia
Previous: The South Asian Film Festival of Montréal, 7th edition – Presented by Kabir Centre for Arts & Culture
Next: For Sale – A Duplex with Depanneur in Lasalle