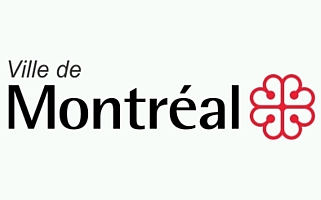 April 19, 2018, Montreal – In the presence of several economic, institutional and social partners brought together by the Board of Trade of Metropolitan Montreal (CCMM), the Mayor of Montréal, Mrs. Valérie Plante, unveiled the Economic Development Strategy 2018-2022 titled Accelerate Montreal.

“Montréal’s economy, which is undergoing a transformation, is diverse, dynamic and avant-garde. Our strategy aims to seize new opportunities to accelerate the economic development of the city in a sustainable, inclusive and innovative way. Accelerating Montréal is a first, which, as part of the adoption of the Montréal Metropolitan Status Act and the Réflexe Montreal Agreement, allows us, more than ever, to play our role as an economic driver. This strategy aligns the actions of the City with those of the economic and government players, who are keen to see our businesses thrive, “said Ms. Plante.

A rigorous and inclusive approach
To move from intention to action, the City of Montreal consulted a series of experts: senior business leaders, international players, representatives of organizations and the business community. The economic diagnosis, the indicators and the identification of promising sectors were carried out in collaboration with economists and big data experts. The orientations of the Strategy have been aligned with those of the City’s various internal services in order to reflect the needs of the community. A trade advisory committee and an advisory committee for the economic development of the territory have also been created. Lastly, entrepreneurial workshops have established the five strategic sectors on which the City will invest and which have been unveiled jointly with the Government of Quebec.

Transform Montreal
To accelerate the creation of wealth, the City has taken root in a clear statement: that of an economy in full transformation.

“To accelerate the creation of wealth, we focused on business growth. Climate change is affecting the supply and consumption patterns of cities, businesses and citizens. Rapid technological progress is putting pressure on infrastructure, regulation and management practices. The geopolitical context has an impact on international trade and the migratory flow. Changes in access to labor must also be addressed. It is therefore in response to a changing economy that our Strategy is committed to a sustainable and circular economy, ” said Plante.

The five pillars of the strategy
To respond directly to current economic challenges, Montréal will put knowledge and talent to work to stimulate entrepreneurship, boost economic clusters, propel Montreal internationally and transform its business practices to support a successful network.

Increased powers thanks to the Metropolis Statute and the Reflex Agreement
Montréal has an economic weight far greater than its demographic weight, as well as a power of attraction of talents, investments and head offices which all Quebec benefits. Thanks to the additional levers offered by the Réflexe Montréal agreement, the City will be better able to play its role of facilitator and catalyst for economic development.

Record Budget: $ 360 Million for Economic Development by 2022
The City of Montreal will have close to $ 360 million for economic development by 2022, including the $ 150 million unveiled as part of the Joint Economic Planning with the Government of Quebec. This is an additional annual budget of 40 million compared to the last years.

Concrete actions
Through the Accelerate Montréal Strategy, the City is taking concrete steps to accelerate economic development: customer experience and support for businesses will be strengthened by adding some 30 resources to its SME MTL network; new funds for commercialization, sustainable development, the social economy and retail trade will be created through programs and calls for projects; better support for international development will be provided and the economic development of the territory will be strengthened to develop 53 million square feet of vacant land in Montreal.

“The success of the 2018-2022 Economic Development Strategy depends on all of us and the business community, its dynamism, its creativity, its ability to constantly find ways to innovate. Let us seize this unique opportunity and together, let Montreal move forward!” Ms. Plante concluded.

Consult the strategy by clicking here.