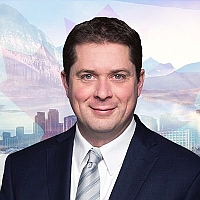 April 19, 2018, Montreal, QC – The Leader of Canada’s Conservatives, the Honourable Andrew Scheer, today launched consultations to develop, in collaboration with Quebecers, proposals that will be put forward during the 2019 election campaign.

“During the coming months, we will be listening to Quebecers. Unifying and positive, these consultations will be conversations with stakeholders from every background and walk of life,” said Mr. Scheer.

The Quebec Caucus Team, spearheaded by MP Alain Rayes, will undertake this important initiative to help an Andrew Scheer Conservative government ensure that more Quebecers believe in the policies of the Conservative Party.