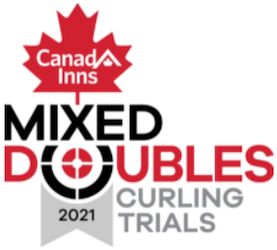 The Canad Inns Canadian Mixed Doubles Curling Trials will be played Dec. 28-Jan. 2 at Stride Place in Portage la Prairie, and will determine the pairing who will represent Canada in mixed doubles curling at the 2022 Winter Olympics in Beijing.

“Portage la Prairie did a superb job hosting the first Canad Inns Canadian Mixed Doubles Trials four years ago, so it was an easy decision to bring the event back to Stride Place,” said Amy Nixon, Chair of Curling Canada’s Board of Governors. “Portage la Prairie has proven repeatedly that it can put on top-calibre curling championships, and I’m positive the city will show its support for these Olympic hopefuls.”

Four years ago, at the inaugural Canad Inns Canadian Mixed Doubles Trials in Portage, Kaitlyn Lawes and John Morris prevailed, and then went on to claim gold at the 2018 Winter Olympics in Pyeongchang, South Korea, where mixed doubles curling made its debut as an Olympic medal sport.

“The City of Portage la Prairie is very excited to be hosting this world-class event at Stride Place. We look forward to welcoming curling fans and curlers from across Canada in December,” said Portage la Prairie Mayor Irvine Ferris.

Also in the field are the top four finishers (as of May 1, 2020) in the 2019-20 Canadian Mixed Doubles Rankings: Jocelyn Peterman and Brett Gallant, Jennifer Jones and Brent Laing, Nancy Martin and Tyrel Griffith, and Rachel Homan and John Morris.

The remaining 10 berths will be decided this fall (further details available by CLICKING HERE).

“Canad Inns is a Manitoba Owned, Manitoba Grown and Manitoba Proud company. And what can be more Manitoban than curling,” said Dan Lussier, CEO for Canad Inns. “We are thrilled and honoured to be the Title Sponsor of the Mixed Doubles Curling Trials once again. The City of Portage la Prairie and its residents have a proven track record of hosting large sporting events and we know that they will put on a world-class event. In 2018, Manitoba’s own Kaitlyn Lawes and John Morris won the Trials and went on to win Olympic gold. We know whoever wins this year’s Trials, will be great ambassadors for Canada at the 2022 Olympics and we wish all teams a great bonspiel.”

A fourth-place finish by Einarson and Gushue at the 2021 World Mixed Doubles Championship last month in Aberdeen, Scotland, clinched Canada’s berth in the 10-team mixed doubles field in Beijing.

“I’m not sure Canadian curling fans realize just what an amazing accomplishment that was by Kerri and Brad in Aberdeen,” said Scott Pfeifer, national mixed doubles coach for Curling Canada. “They were both exhausted from spending so much time in the bubble in Calgary, away from friends and family, and went to Scotland under an immense amount of pressure to secure our Olympic berth. It was a performance Canada should be proud of.”

The event will follow the 2021 Tim Hortons Canadian Curling Trials in Saskatoon, where Canada’s four-player men’s and women’s teams for Beijing will be decided. Members of Canada’s Olympic four-player teams won’t be eligible to compete in the Canada Inns Canadian Mixed Doubles Trials because of the rigours of the Olympic curling schedule.

“It seems that curling fans and volunteers in Manitoba step up every four years for events such as the 2013 Tim Hortons Roar of the Rings in Winnipeg and the 2018 Canad Inns Canadian Mixed Doubles Trials, and we all know what the winning teams did in both Sochi and Pyeongchang,” said Craig Baker, Executive Director of CurlManitoba. “We hope Manitoba continues to provide our Canadian team with a bit of luck heading into what is sure to be a thrilling curling season. We’re proud that our province will be part of the excitement.”

Stride Place, which opened in 2010, has 1,675 seats in its main arena, and is home to the Manitoba Junior Hockey League’s Portage Terriers. “In 2018 our city became part of history as the first to host a Canadian mixed doubles trials event and we can’t wait to continue that legacy in 2022,” said host committee chair Rob Gemmell. “Our community is passionate about curling and we’ll be proud to once again say that Team Canada’s path to the mixed doubles curling podium begins in Portage la Prairie.” Fill Love in Your Eyes