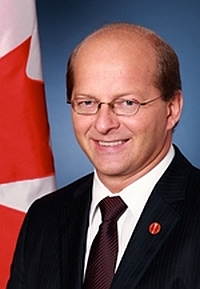 As always, Senator Carignan expressed his gratitude to the Minister for appearing, but expressed unease with some responses.

“Canadians have been accustomed to a stable and strong Government leadership that made coherent and dependable decisions involving global security and defense. We have been fortunate—and proud—to have such a strong, capable and inclined military ready to lead.

“In its desire to rebrand itself, however, the Trudeau Government is making random decisions that give Canada no clear defense and security role on the world stage.  Senators are disappointed in the lack of direction of the Trudeau Government. We implore that decisions involving the brave women and men of the Canadian Armed Forces be better coordinated, explained and executed.”

Senator Carignan cited France and the U.S. pronouncing the acts committed by Daesh as ‘acts of war’ and that these countries have declared that they are at war with Daesh. The Senator asked the pointed question to Minister Sajjan whether the Trudeau Government also considered Canada to be at war with Daesh. Minister Sajjan refused to use the term ‘war’, even as his Government sends more troops to the region.

When asked by Senator Daniel Lang whether our military personnel or DND contractors were directly or indirectly involved in the Yemen conflict or in Libya, Minister Sajjan responded that we currently have no footprint in Yemen, but then elaborated about a possible mission in Libya. Senator Lang is concerned that the Canada’s participation in this conflict is expanding from Syria, Iraq, Jordan and Lebanon to now potentially the Saudi Arabia-Yemen war and an unstable Libya which is being overrun by various Islamist factions. This poses some serious questions for Canadians about whether we are getting bogged down in the volatile Middle East with no end in sight.

Senator Nicole Eaton asked Minister Sajjan whether the Griffon helicopters to be deployed in the mission in Iraq and Syria were armed in order to protect our troops. Minister Sajjan was vague in his answer and said the helicopters’ purpose would simply be to provide safe transport.

Conservative Senators Raynell Andreychuck, Denise Batters, and Dennis Patterson, all had important questions for the Minister as well, ranging from Russia’s destabilization of the European security order and beyond, esteem for our fighter pilots, and the future of the Canadian Rangers.

“Keeping the Government accountable is an important part of work in any legislature,” said Senator Carignan.  “Ministers at Senate QP show accountability and strengthen the democratic process which benefits all Canadians.”

2016-02-25
+Monika Spolia
Previous: Memories Pouring Down
Next: Top Five Things To Know When Buying A Franchise