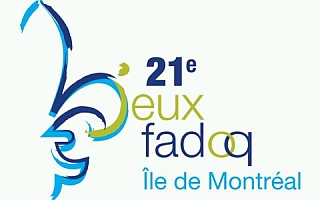 April 19, 2018, Montreal – At its last weekly meeting, the City of Montreal’s Executive Committee awarded the FADOQ-Montreal Island Region (FADOQ-Mtl) a free gift, valued at $ 12,880. the use of the double gymnasium at the Claude-Robillard Sports Complex (CSCR), as part of the 21st edition of the FADOQ Island of Montreal Games.

“By supporting FADOQ-Mtl in organizing the Games, the City contributes to the promotion and maintenance of a healthy and active lifestyle, as well as to improving the quality of life of seniors. We are reaffirming our commitment as an Age-Friendly Municipality (MADA), by taking the means to provide diversified sport and recreation services that meet the needs of the entire population, “said Rosannie Filato, a member of the Executive Committee. responsible for social and community development, homelessness, youth, women’s issues, sports and recreation.

The 21st edition of FADOQ Island of Montreal games will take place from May 5th to 18th. Competitions will be held at CSCR on May 8th, 9th, 10th and 16th.

The FADOQ Games is the largest sport and recreation gathering for people aged 50 and over in Montreal. The latter are invited to register for one of the twelve disciplines: badminton, softball, running, golf, walking, swimming, petanque, small bowling, pickleball, tennis, table tennis and volleyball, in the “participative” categories. “Or” competitive “.

The City has been supporting this FADOQ-Mtl event since 2009.

Olympic hopes on the line in Ottawa qualifying events