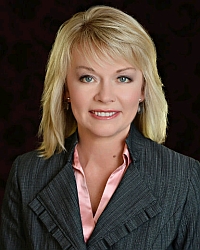 Conservative Oppostition House Leader On the Passing of Barbara Bush

Conservative Oppostition House Leader
On the Passing of Barbara Bush

April 18, 2018, Ottawa, ON – In the House of Commons, Conservative Opposition House Leader, the Hon. Candice Bergen, expressed his grief in response to the passing of Barbara Bush.

“The world lost an incredible individual and a dear friend of Canada. Barbara Bush, former First Lady of the United States, wife of former President George Bush, and mother of six children, including former President George W. Bush, passed away at the age of 92. As matriarch of her distinguished family, she was a bedrock of support, advice and love. On her most recent birthday, her husband of 72 years lovingly tweeted, ‘I’m still the luckiest guy in the world’.

An international champion of literacy, Mrs. Bush left us with words of wisdom that we can all learn from. She said, ‘Cherish your human connections. At the end of your life, you will never regret not having passed one more test, winning one more verdict or not closing one more deal. You will regret time not spent with a husband, a child, a friend or a parent’.

“On behalf of the Official Opposition, I want to convey our deepest sympathies to the Bush family and to the American people on the loss of this remarkable woman Barbara Bush,” said Hon. Candice Bergen.