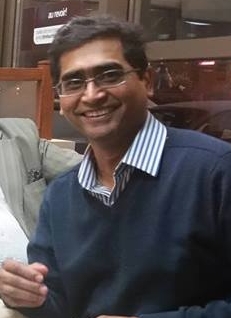 Cornwall novelist reaching out to transform negatives into positives

Cornwall novelist reaching out to transform negatives into positives

CORNWALL, Ontario – Shoaib Sadiq, a long-time Cornwall resident, is a man with a mission. This accomplished novelist and poet is determined to transform negatives into positives.

“I get sad when I see bad things in our society and particularly around me,” he said. “I write to inspire people to be more positive.”

Sadiq came to Canada in 2003 and has made Cornwall his home with his wife Shafana Khan and two sons Alyan Khan and Ryan Khan.

He started writing since childhood. He also started editing a magazine many years ago. To date, Sadiq has written four short stories, one novel and one book.
His first book was “Chota Admi” (small man). This book was published in 2010.
“My plan is to get all the books published in English and French,” he said. “This will take time…but I am determined to do it.”

Nearly all his books are in Urdu, a language widely spoken in Pakistan, India and many Asian, European, American and African countries. Some of his books have been published in Pakistan.

Two of his books “Roll Number” and “Chotha Admi” have been translated in Hindi, India’s main language, by Dr. Sabirah Begum Sheikh, a post doctoral fellow of Hindi department at the University of Hyderabad in India.

Chotha Admi was also translated in Punjabi, another native language of India, by Dr. Monika Spolia.
Sadiq said some of his stories have ended up as plays for television.

His brother Jamshed Sadiq – more affectionately known as Saad Jamshed – has also been living in Cornwall since 2010.  He is also an Urdu poet.

Sadiq is currently busy working on his new novel “Mander Wali” which will be about a woman dedicated to temple or prayer house.
18
Shares
18
2018-09-21
+Monika Spolia
Previous: A Sufi Musical Evening – A Sai Bhajan Sandhya hosted by Samarpan Meditation Organization
Next: Happy Gandhi Jayanti by Bharat Times (Montreal & Cornwall)