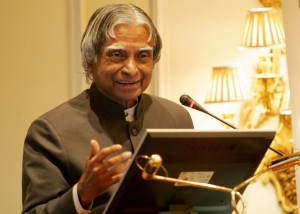 Dr. APJ Abdul Kalam was the 11th president of India. He was popular among the majority as well as among the minority groups, and was easily approachable by ordinary people, particularly the youth. In addition to his qualification as the missile man of India, he was unpretentious with a smiling presence. He was always eager to reach out to thousands of people irrespective of their class and caste. His notable success was a tribute to his education, hard work and impressive character that is the outcome of the multicultural heritage, ranking him among the outstanding personalities of the world history. He collapsed while delivering a speech at a seminar of Indian Institute of Management in Shillong, India. He died of a cardiac arrest at Bethany Hospital in the capital of Meghalaya province on July 27, 2015 in the evening. He grew from a humble beginning in a boatman’s Muslim family in a rural area of Tamilnadu, South India. He was given the job of the president of India by the BJP Government in 2002 because of his achievements as a missile scientist. He was the right choice of the BJP, the Hindu nationalists, who wanted to build India’s defense system and at the same time please Muslims who were around 18 percent of the population of India. He wrote inspirational poems, remained unmarried, and led a simple life. Atal Bihari Vajpayee, prime minister of the BJP Government, who picked him rightly for the highest position of India, was also a poet, and unmarried. page 2. Dr. Kalam/gill The subcontinent is burning for a lack of water from an idol of the multicultural nature. Religion has penetrated everywhere. After religion, it is the fire of the caste and the sub caste and after caste and sub caste, it is the language and after language it is the economical strata and several other factors which are burning the centuries-old regions. The subcontinent needs an idol and Dr. APJ Abdul Kalam is that idol. Dr. Kalam will be remembered for his life of a harmonious marriage between art and knowledge. His ceaseless struggle in the narrow alleys of the bumpy orbits of bigotries to raise a stage for the goddess of peace to dance has set an example. This is an uncommon phenomenon at least in India, where he cultivated a crop of the palpitation of human groans and a glory that is the essence of more than five thousand years old culture. He is rightly known as “people’s president.” It is clear from Dr. APJ Abdul Kalam’s life and beliefs that he was a genuine child of the multicultural nature of Indian heritage. At this time, when India needs a citizen of uncritical devotion, the legacy of Dr. APJ Abdul Kalam shall remain alive for a long long time. 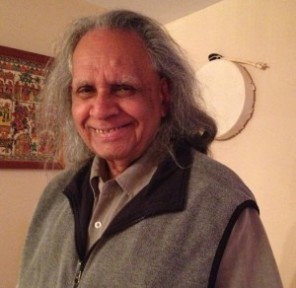 ©copyright,Stephen Gill, Canada About the author: Multiple award winning Stephen Gill has authored more than twenty books, including novels, literary criticism, and collections of poems. He is the subject of doctoral dissertations, and research papers. Nine books have been released by scholars and more are to be released on his works. (Websites: www.stephengill.ca; www.stephengillcriticism.info )