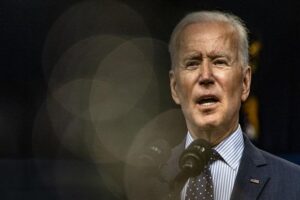 US President Joe Biden will host Afghan President Mohammad Ashraf Ghani and Chairman of High Council for National Reconciliation Abdullah Abdullah at the White House on June 25, Press Secretary Jen Psaki said.The visit “will highlight the enduring partnership between the US and Afghanistan as the military drawdown continues”, Psaki said in a statement on Sunday.The US is committed to providing assistance to support the Afghan people and remains deeply engaged with Kabul to ensure “the country never again becomes a safe haven for terrorist groups who pose a threat to the US homeland”, the Press Secretary added.

The visit comes amid a deteriorating security situation in Afghanistan.The banned outfit said they captured more than 40 suburban districts over the past month.Biden announced in April that all American troops would leave Afghanistan before September 11, the 20th anniversary of the 9/11 terrorist attacks that drew the US into its longest war.The US military said earlier this month that it had completed more than half of the withdrawal.