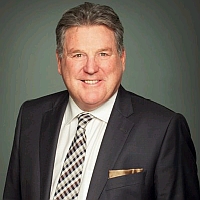 April 19, 2018, Ottawa, ON – Phil McColeman, Shadow Minister for Veterans Affairs, issued a statement following a decision by the Trudeau government to scrap plans to provide a national standard for the training of service dogs.

“Justin Trudeau has once again failed to deliver on his promises made to veterans during the 2015 election campaign. The Trudeau government has had almost three years to ensure that veterans suffering from post-traumatic stress disorder can be paired with service dogs, and we are now learning that there will be further delays as a result of Liberal inaction.

“Our veterans deserve programs and benefits designed to meet their ever evolving needs, and yet under the Trudeau government, we have seen nothing but more backlogs and delays. The Liberals have repeatedly demonstrated that they neither adequately grasp the issues affecting veterans, nor intend to honour the promises they made to veterans during the 2015 election campaign.

“Andrew Scheer’s Conservatives believe in providing the best possible services for veterans and their families, in recognition of their service to Canada. We will continue to call on Justin Trudeau to fulfill the promises he has made to veterans.”