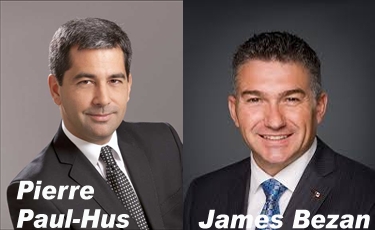 Liberals Need to Come Clean About Their Peacekeeping Mission: Bezan and Paul-Hus

Liberals Need to Come Clean About Their Peacekeeping Mission: Bezan and Paul-Hus

“It is completely unacceptable to announce that Canadian troops will participate in a UN peacekeeping mission without answering basic questions like when and where will troops be deployed? What is the rationale for the mission? What will the mission entail? What are the rules of engagement? How many troops are we committing? Will there be a vote in Parliament?

“This announcement was made only to fulfill the Prime Minister’s campaign promise. It is a clear example that the Liberals’ defence policy review is nothing more than window dressing. They have not taken the time to consult with Canadians, as promised, before making drastic changes to Canada’s defence policy.

“Furthermore, the deployment regions being discussed are among the most dangerous in the world. As former Chief of Defence Staff Rick Hillier has said ‘the UN was fundamentally incapable of running effective military operations.’ It is the height of irresponsibility for the Liberals to commit Canadian troops to a mission with no rationale and no explanation on where they will be serving and what they will be doing.

“Canadians deserve to know why this Liberal government is putting our men and women in uniform in harm’s way. The Minister of Defence and the Minister of Foreign Affairs must come clean on just what they are planning.”

peacekeeping 2016-07-16
Ken Rowley
Previous: First Canadian U-18 Championships to be staged in Moncton, N.B.
Next: Prime Minister of Canada on the terrorist attack in Nice, France