Home » News » Liberals are Stepping Back on Ukraine: Bezan and Kent 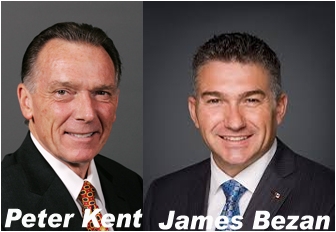 Liberals are Stepping Back on Ukraine: Bezan and Kent

Liberals are Stepping Back on Ukraine: Bezan and Kent

“Prime Minister Justin Trudeau’s recent visit to Ukraine represented an opportunity to reinforce Canada’s support for Ukraine.  Unfortunately, instead of taking the opportunity to announce that Canada would be doing more to support our Ukrainian allies, we have learned that Canada will actually be doing less.

“Despite a personal appeal from President Poroshenko, Prime Minister Trudeau refused to extend Operation UNIFIER, Canada’s training mission in Western Ukraine beyond 2017. This training mission is an example of the strong bilateral relationship between Canada and Ukraine.

“The Liberal government also cancelled the supply of critical RADARSAT satellite imagery to the Ukrainian military, impacting soldiers on the frontlines.  In 2014, President Poroshenko noted that the information sharing was helping to save the lives of Ukrainian soldiers and civilians and thanked the previous Conservative government for its ongoing support.  Cancelling this important service without notice or explanation is simply unacceptable, especially when International Trade Minister Chrystia Freeland said in 2015 that the Liberals would unreservedly support providing this information.

“Furthermore, Defence Minister Harjit Sajjan’s decision to not join the Prime Minister in Ukraine represents a clear shift in Canada-Ukraine relations. The Minister’s absence resulted in the defence cooperation agreement, which originated under the previous Conservative government, not being finalized.

“Under the previous Conservative government, Canada was a world leader in its support for Ukraine.  In addition to providing support for NATO-led missions, we contributed over $500 million in military, economic and humanitarian assistance to Ukraine, sanctioned over 270 individuals and entities, and deployed approximately 200 Canadian Armed Forces personnel to deliver training and capacity-building programs for Ukrainian troops. Canada can and should do more to support our Ukrainian allies.”