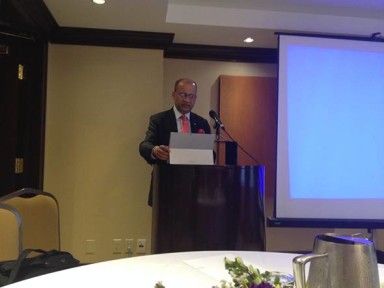 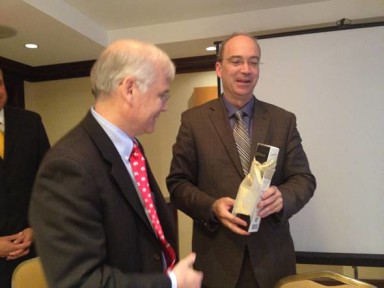 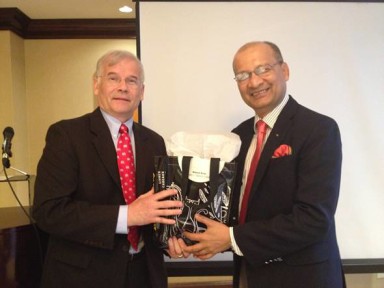 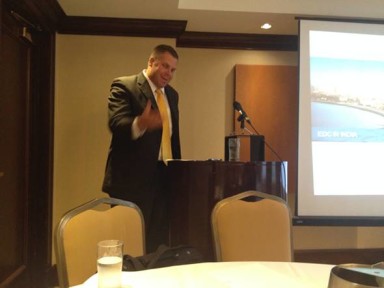 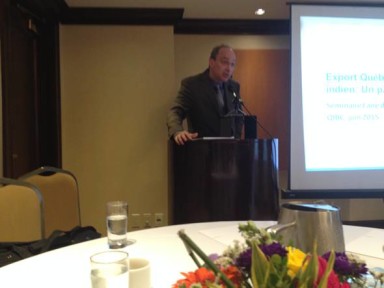 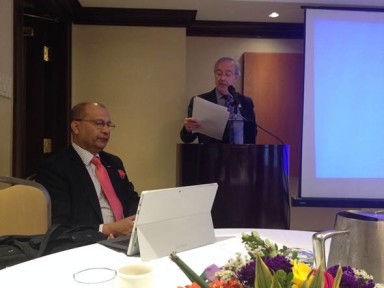 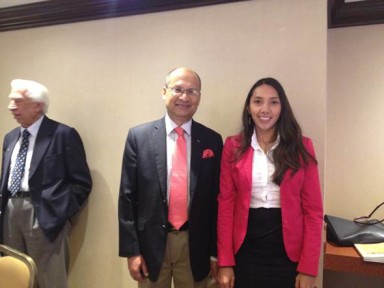 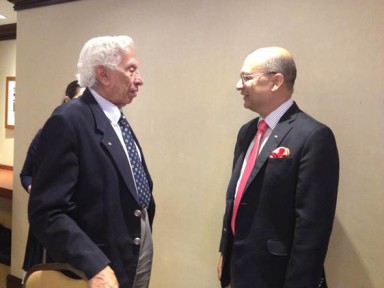 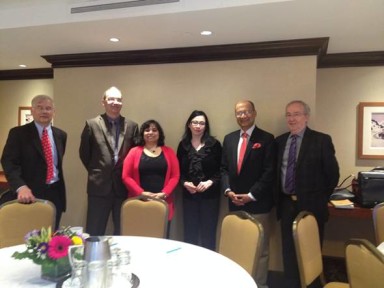 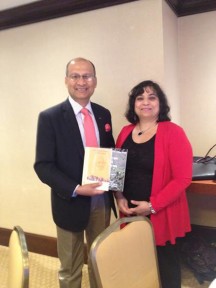 Mr. Jacques Samson, the QIBC Board member, gave a warm welcome to the invited guests after a hearty breakfast and introduced Mr. Vishnu Prakash.
“The world is aging. India is becoming younger,” said His Excellency the High Commissioner of India in Ottawa Mr. Vishnu Prakash during his opening speech.
Mr. Prakash appreciated Canada as he elaborated on what’s happening on the economic front in India. He touched on India-Canada relations, in particular India-Quebec relations.
According to him, the water-shed events in India led to the transformation we see today and the initiative for the economic reform. Talking about strengths and challenges, he emphasized on ‘people to people relationship’ when Doing Business In India.
“There is famine in India, a hunger for appetite,” mentioned Mr. Prakash.
Mr. Jocelyn Neron presented challenges to the audience and highlighted the opportunities. He explained how export Quebec can help in overcoming challenges in Quebec-India exchange. His objective for exploring economic opportunities with India was based on, perhaps correct, speculation that India is going to be the 2nd largest economy a few years from now. It will be the 4th economy in 2030 with a middle class of 500 million in 2025.

Mr. Neron highlighted the Export Development Canada’s periodic trade missions to India. He mentioned water cleaning and transit system as the major development goals as well as water and waste treatment, food processing, need of equipment for agro food etc.
“EDC plays a huge role in getting good right contacts. Bureaucracy has challenges but the opportunities are there. We now have an office in Mumbai,” commented Mr. Neron.
He advised to develop relationships because people in Asia need to know whom they are dealing. He further mentioned to work with patience, perseverance and a law-firm.
Mr. Robert Pelletier has been with Export Development Canada for 16 years. He highlighted Canada’s direct involvement with India in 2014 with an increase of trade in $1.1 billion, a jump of 12.7% from 2013.
He mentioned the benefits of India-Canada trade, overcoming challenges and the areas of development.
The seminar was efficiently organized by the QIBC Board members and present amongst them were Mr. Neil Bronson (President), Ms. Ida Crasto, Mr. Jacques Samson and Ms. Monika Spolia (secretary).