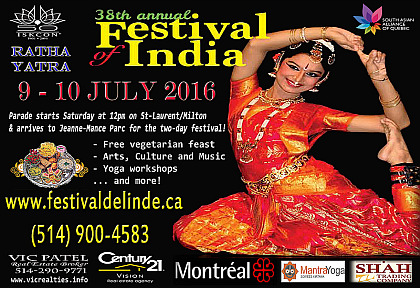 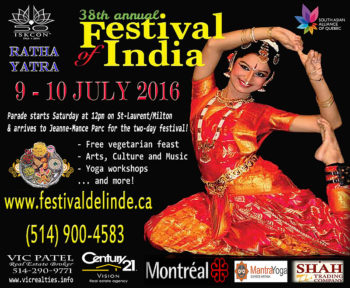 The Rath Yatra 2016 or The Festival of India Parade starts Saturday at 12pm on St-Laurent/Milton & arrives at Jeanne-Mance Parc for the two-day festival!