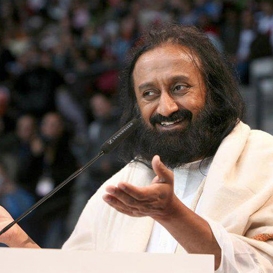 The horrendous attacks in Paris have sent shivers down the spine everywhere in the world. This is a direct assault not only on the European way of life but on values that are common to all liberal societies. India has also suffered greatly due to terrorism over many years as have Pakistan and the Middle East. Repeated attacks have caused a certain numbness in the human psyche in Iraq, Afghanistan and other places.

When such incidents happen, we hear a lot of cosmetic condemnation and diplomatic sympathy. We need to go into the root cause of the mind-set – the source of funding and the arms supply. When an inhuman act is committed with a misplaced religious sanctity and pride, then common sense, reason and dialogue do not find place at all. Any military action only makes things worse and results in the regrouping of the ideology. We have seen this over and over again.

If a society has to live in fear all the time, it does not speak well of the century we are in. Where have we gone wrong? Who can take action? Many such questions arise and remain unanswered.

Are the religious leaders, at least, at this point ready to take up responsibility?

Can they risk their position and lives to speak up against such ideologies that do not respect life?

Will the government ban the arms lobby and check the funding that goes into terror groups?

Will the world ever move towards a common goal where there is justice, where compassion and brotherhood reign as life’s central philosophy?

Can diversity be celebrated instead of tolerated?

Can our education system promote reason over blind faith?

A zillion such questions float only to leave the common man more frustrated and depressed. There are some who turn a blind eye towards any such happening and switch over to entertainment channels while others are numb watching violent movies. In this world we do see many heroes amongst commoners who come along to help and bring a ray of hope, and are also committed to uplift the mood of the society. Theses common heroes are a boon; they are the real Spiritual Beings. The media should highlight such acts of bravery and sometimes does too!

Educationists will have to wake up and bring an education in peace so that the coming generations are both sensible and sensitive to life. Religious leaders will have to come together to promote the common good of mankind and reform the misguided. I strongly believe this is all doable in our generation.

Many times people who feel very passionately for a cause feel justified in adopting violent means in its pursuit. They are driven by a sense of righteousness, though misplaced, and their commitment to their cause is commendable. They are willing to resolve differences through dialogue if approached in the right way.

We have been able to successfully bring back many extremists from a life of violence and rehabilitate them in mainstream society. In fact, many of our free tribal schools in terrorist-affected regions in India are being run by former extremists. They were hostile in the beginning, threatening our volunteers but when they saw that these efforts were benefiting their own communities, they became volunteers themselves.

Our thoughts and prayers are with those affected by the attacks. Such incidents cause anger which can lead to polarisation based on ethnicity and religion, but the real polarisation is between open and narrow-mindedness. While a narrow fanatic outlook can only lead to differences that divide us, it requires wisdom and a broad vision to go past them and arrive at values that unite us. The world needs the latter and not the former!