Home » Slider » Through the Lenses of Science, on the Wings of Spirituality – 1 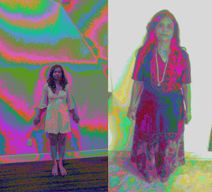 We are delighted to inform our esteemed readers that from this issue, we are starting a unique article series ‘Through the Lenses of Science’, on the Wings of Spirituality’. The series would cover topics of great use to one and all, such as Aura, Kundalini, Nadi, Chakra, Meditation, Healing Modalities for various Chakras etc. The author Shri Jitendra Patwari has a rich experience of 25 years in all these subjects, his recently published book ‘ChakraSamhita’ has created tremendous interest in the public. This book is in Gujarati as well as in English right now. The Hindi version will be available by July 2022 and French and German versions by early 2023.

Shri Jitendra Patwari is a Reiki Grand Master and holds accreditations from global institutions in subjects like NLP – (Neuro-linguistic programming), Hypnosis, Past Life Regression, Law of Attraction, Numerology), Life Coaching etc. He has been instrumental in spreading meditation to nearly 100,000 people in and out of India. Let us enjoy the series starting from this issue itself.

There are certain inseparable aspects of our life with which, many are less aware. These aspects are: Aura, Kundalini, Nadi and Chakras.

Let us first understand ‘Aura’
Do we know that there is something adjacent to and around the body and yet out of the body? This ‘something’ moves along with the body, right from birth to death, impacting each aspect of life.
The physical body is something that we all are acquainted with, which is visible to naked eyes, which can be touched, which can be photographed with an ordinary camera, on which today’s medical science has evolved and we have learnt about that in Physiology.
Lesser known is the fact that the physical body continuously emits electromagnetic waves, forming another body, known as ‘Aura’. Just as each person’s fingerprints are different, each person’s aura is different. So, this is a very fascinating subject that can be learnt in great depth.
‘Aura’ may be an alien word to a few because it is believed to be a part of mystical or spiritual terminology. Because of a widespread conviction in people that spirituality is below the rational level and has no scientific proof, many shy away from knowing certain crucial concepts. Factually, spirituality BEGINS from the point at which all logical understanding ENDS. Many eminent scientists have dedicated their whole life to excavating the depths of spirituality, especially to digging out the mysteries associated with cosmic energy and putting it scientifically, in a digestible manner to present-day society. Some such prominent scientists are; Dr Deepak Chopra, Dr William Tyler, Dr Fred Travis, Dr Rupert Scaldrak, Dr Gary Schwartz, etc., apart from the late Dr. Abdul Kalam and the late Dr. Albert Einstein.
Whole life depends on cosmic energy. Nicola Tesla(the enormous personality who has to his credit more than 300 scientific discoveries) had said, “If you want to find the secrets of the universe, think in terms of energy, frequency and vibration.” Everything from birth to death revolves around energy. If the energy is high, it would be reflected in improved physical, intellectual and emotional wellbeing, magnetic personality, superior life quality, pleasant life circumstances, enhanced power to withstand unpleasant happenings, higher confidence, superior creativity, balanced thoughts and decisions, radiant aura…. and so on.

Aura Photography
Are you gifted to see the aura of people or things with naked eyes? If yes, you deserve congratulations as you are a psychic called clairvoyant. Not gifted thus? Why worry. A Kirlian Camera can take a photo of Aura for you. The credit for inventing the Kirlian camera is attributed to a Russian Scientist named Dr Kirlian, who invented this camera in 1939. Later on, there have been copious improvements. The cameras available at present include a PIP (Poly Contrast Interference Photography) scanner developed by Harry Oldfield of England in 1989, followed by a GDV (Gas Discharge Visualization) camera developed by Russian scientist Dr Korotkov and subsequently, a Biofield Viewer by Dr Thornton Streeter, Germany.
Various things can be gathered through Aura Photography, to name a few:

Apart from this, aura Photography has many more uses; the above list is just illustrative.
To recognize the difference between the auras of different persons, two Kirlian photos are given here.

The photo on the left is of a friend from Canada while that on the right is of a friend living in India. The difference between the auras is quite recognizable; different organs of the body show different colours and the thickness of the colours differs.
The spiritual level of both is quite good as can be seen from the presence of green colour. The text reports given along with the photos speak in detail about emotional states, karmic imprint, the effect thereof on family life, name of the organs where the energy is deficient, bodily challenges emanating out of such deficiency, high spiritual energy, nature of the person, the changes that would be coming in future etc. Remedial measures have also been recommended.
As the impact of aura remains wherever a person lives (home or workplace), it can be seen in both the photos that the aura is present near the body, on the floor and on the walls too. This is the precise reason why we feel at peace (or otherwise) in the presence of specific persons.
For today, we are stopping here. In the next article, we shall discuss other related aspects like the aura of non-living things, experiments to feel the aura of self and others, etc. Through the Lenses of Science, on the Wings of Spirituality (Chakra Samhita) – 7