Home » Astrologers » Through the Lenses of Science, on the Wings of Spirituality (Chakra Samhita) – 4 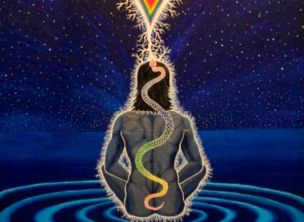 The awareness amongst people is inadequate of the vital ‘Kundalini’ concept. Furthermore, even the people with awareness of this concept, have multiple misconceptions. Better to have a reality check of some common misconceptions.

One goes through distinctive, multiple experiences on the path of Kundalini awakening. The experiences so vary that the subject requires an extensive discussion. My future book ‘The Magic of Kundalini’ would deal with this topic in detail. At the moment, we aim to have a deeper understanding of Chakras (have extracted the contents of this article series from the book ChakraSamhita, currently available in Gujarati. Its English, Hindi, French, Punjabi, Marathi etc. versions would be published in near future.) Hence, we are keeping the conversation confined to a few common experiences, at this juncture

These experiences are indicative, not exhaustive. People witness one or more of these experiences or some different experiences. At first, such experiences appear complex to comprehend while remaining confined within the boundary of the usual intellect. Nevertheless, all experiences have a scientific base. The readers desiring to know more in this regard may please check a https://www.facebook.com/Self-Tune-In-274610603329454/.

We conclude the discussion on ‘Kundalini’ now, and would familiarize ourselves with one more topic, i.e. ‘Nadi’ (subtle energy channels) in the ensuing article, and thereafter, would proceed on to the concept of Chakras.