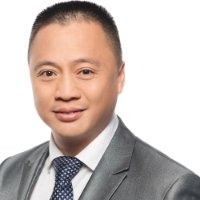 Tuesday, March 7, 2017 – The Conservative Party of Canada is proud to announce the nomination of Mr. Jimmy Yu as its candidate for the federal riding of Saint-Laurent, for the upcoming by-election, on April 3rd, 2017.

“I am really happy to once again be the candidate for the Conservative Party. This election will be a chance for the people of Saint-Laurent to send a clear message to the Liberals that their government is not doing enough for the middle class,” said Mr. Yu.

Mr. Yu was born in China and immigrated to Canada at age 13. He has 5 children.

Mr. Yu is currently the General Manager of the Quebec Association of Chinese Restaurants and Businesses. He was the Conservative candidate for the riding of Saint-Laurent during the 2015 election.

2017-03-10
+Monika Spolia
Previous: Liberals nominate Emmanuella Lambropoulos as the new Team Trudeau candidate for Saint-Laurent
Next: 6 Down-and-Dirty Types Of Men To Spring Clean From Your Life And 3 Tips To keep Them Gone For Good! – With Author and Relationship/Dating Coach Shannon Colleary How To Get Out Second Mortgages From Vancouver Mortgage Company?