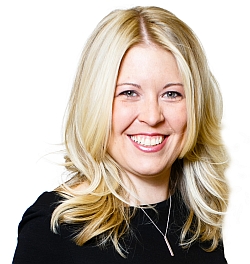 October 5, 2017, OTTAWA – The Hon. Michelle Rempel, Shadow Minister for Immigration, Refugees, and Citizenship, issued the following statement regarding the government’s commitment to bring Yazidi women and girls to Canada:

“It has almost been a year since the Liberal government reluctantly promised to bring Yazidi women and girls to Canada, after months of Conservatives calling on them to do so. Today in the House of Commons, the Minister for Immigration, Refugees, and Citizenship was asked to provide an update on this important initiative and he confirmed that 800 ‘survivors of Daesh’ have made their way to Canada thus far.

“Conservatives want to see survivors of Daesh expedited to Canada, and we recognize that there are a number of them among the 45,000 cases currently backlogged in the privately sponsored refugee program. However, I am hearing from members of the Yazidi community that very few of the 800 survivors that have come to Canada thus far are actually Yazidi, perhaps even less than 100.

“It is extremely frustrating to learn that the Liberals are violating the spirit of the agreement they made, and that it took them almost a year to bring 800 people to Canada. I fail to see why that is, considering that the government was able to bring 25,000 Syrian refugees to Canada in a matter of months.

“The Liberal government is clearly failing to live up to its commitment to Yazidis. Not only are Yazidis not being brought to Canada through a program supposedly designed for them, but by capping the number of privately sponsored refugees the Liberals are preventing organizations from helping genocide survivors. Words fail to communicate how devastating it is that this government is failing to act and is using this tragedy for nothing more than optics.”