Home » Arts & Literature » Peter, The Popes and Mary: Explains Among Other Things Why Catholicism Is Not Considered A Form Of Christianity Peter, The Popes and Mary: Explains Among Other Things Why Catholicism Is Not Considered A Form Of Christianity

Peter, The Popes and Mary: Explains Among Other Things Why Catholicism Is Not Considered A Form Of Christianity

Claremont, CA, March 6, 2017 ― Author Paul Johnson presents Peter, The Popes and Mary: Whatever Happened to Jesus? Demolishing the Seven Pillars of Rome (Redemption Press – December 2016), an exposé of the teachings of the Roman Catholic Church. 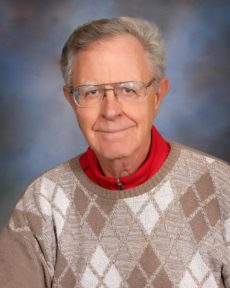 On October 31, 1517, Martin Luther posted his ninety-five theses on the door of the Wittenberg church. It was one of the most memorable and significant events in the turbulent history of Christianity.

For approximately fifteen hundred years, Roman Catholicism (which one historian commented was “neither Roman nor Catholic”) masqueraded as Christianity. One of the purposes of the book you are about to read is to remind all true Christians everywhere that Catholicism is not a form of Christianity.

Peter, The Popes, and Mary: Whatever Happened to Jesus? an exposé’ of the heretical teachings of the Roman Catholic Church, shows how the truths of the Bible and historical reality directly contradict key structures of this religious system. Designed for use as a Bible study, or to share with friends who want to understand Catholicism and/or Catholics who have doubts about what they have been taught.

In the process of reading this book, you may find yourself questioning not just Catholicism but the Coptic religion and the Greek Orthodox religion.

This book is written in the spirit of Martin Luther and to continue the fight for truth that he began. May the world recognize what he did for true Christianity on that day, October 31, 1517.  May he be widely celebrated on October 31, 2017, and may this book lend a hearty ‘Amen’ to that celebration.

Paul Johnson has a BA from Bethel College, MA from San Fernando State College, and a PhD from the University of Florida. An educator for all of his professional life, he worked forty years with a missionary organization. The author of More Than Money, More Than Faith: Successfully Raising Missionary Support in the Twenty-First Century, he also designed, wrote, and taught a training program based upon the book.

Paul Johnson 2017-03-14
+Monika Spolia
Previous: 6 Down-and-Dirty Types Of Men To Spring Clean From Your Life And 3 Tips To keep Them Gone For Good! – With Author and Relationship/Dating Coach Shannon Colleary
Next: A New Life-threatening Crystal Meth drug in Schools, ‘Strawberry quick’