English: Further Revised Map. Red indicates nations in which military efforts are being made to fight terrorism under the War on Terror campaign. (Photo credit: Wikipedia)

During a visit to Ohio to promote his infrastructure plan on March 29, US president Donald Trump dropped one of the bombshells that Americans have become accustomed to over the last year and a half: “We’ll be coming out of Syria, like, very soon …. Let the other people take care of it now.”

If he’s serious, if the more hawkish members of his administration don’t dissuade him, and if he follows through, Trump will be taking a giant step in the right direction on foreign policy. The US never had any legitimate business in Syria. Its military adventurism there has been both dumb and illegal from the beginning.

Yes, illegal. Congress has never declared war on, or against any force in, Syria. For that matter, it hasn’t even offered the fig leaf of an extraconstitutional “Authorization for the Use of Military Force.” Former president Barack Obama just decided to go to war there, did so … and got away with it.

And yes, dumb. The rise of the Islamic State in Syria was a direct consequence of the US invasion and occupation of Iraq. American military intervention in Syria using the Islamic State as an excuse simply doubled down on that previous mistake.

While I carry no brief for the Ba’athist regime headed by Bashar al-Assad, that regime has never offered the US or its allies anything resembling a legitimate casus belli. US calls for “regime change” and backing for anti-Assad rebels (many of whom seem to be foreign jihadists rather than domestic dissidents) remind one, as they should, of similar calls regarding the Taliban in Afghanistan and Saddam Hussein’s regime in Iraq. After nearly two decades of “war on terror,” following through on those calls would just add a third quagmire to the set.

Then, of course, there are the Russians. Russia and Syria have been allied since the days of Assad’s late father. Syria provides Russia with its only naval base on the Mediterranean (at Tartus), and the two states have been linked by a “Treaty of Friendship and Cooperation” since 1980. Among areas where the new Cold War could turn hot in a hot minute, Syria stands out.

Trump’s first year and change as president has been marked by a bellicosity at odds with his sometimes non-interventionist statements on the campaign trail. Around the globe he has continued and sometimes escalated the war policies of his predecessors. But between a prospective summit with North Korea’s Kim Jong Un and now talk of withdrawal from Syria, perhaps those of us who have considered him “business as usual” on foreign policy, and his remaining non-interventionist supporters naive, will get a big plate of crow to eat. If so, I’ll gladly have seconds. 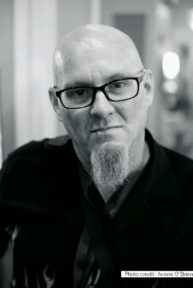 2018-04-01
Thomas Knapp
Previous: Immigration Enforcement: Just as Bad for Americans as it is for Immigrants
Next: Award of the Firefighter Medal for Distinguished Service